You are here: Home / Blog / All About Grey Divorce

There’s lots of information out there for couples separating in their younger years, but what about those who are divorcing later in life? There are different things that need to be considered by this population, and it’s very underserved in the divorce information market.

What is grey divorce?

Basically, it’s couples who are separating later in life, often after the age of 50, who have children who are almost out of the home, or who have already left.

There’s so many statistics that show that the rate of divorce for this segment of the population is increasing at an alarming rate, which is why it’s worth having a conversation about how to plan effectively for the most positive outcome for the whole family – both the former spouses who want to have the best life post-divorce possible, and the adult children and grandchildren of the spouses who are often very affected by the split.

What some statistics for grey divorce?

In Canada, Stats Can has not been collecting data on marriage or divorce rates since 2008, so it’s hard to really get a true sense of the divorce rate in Canada.  However, data all around the world suggests that divorces for older couples is significantly on the rise.

However, in the US, there’s lots of studies about divorce and more specifically about grey divorce.  I’m thankful to the book Home Will Never Be The Same Again by Dr. Carol Hughes and Bruce Fredenburg which focuses on grey divorce and its impact on families.  They go thru a number of US-based statistics – They mention a study done by Bowling Green State University which published a study in 2012 and found that the divorce rate between 1990 and 2010, for those couples over the age of 50 doubled, and more than doubled over the age of 65.  Check out a clip of their interview with me for Up A Notch Learning – available FREE to members, and joining is FREE.

These results are just staggering.

What causes this to be so much on the rise do you think?

Well, it’s really hard to know exactly what causes these older couples to decide on divorce – there’s a few theories that I can suggest.

First, there are more dual-income earners today than there have been in earlier decades.  With this financial independence comes the ability and the confidence to be in a position to decide to separate from your spouse.

When we talk about “traditional marriages”, it usually describes a sense of division of labour where one spouse works outside of the home and is the primary breadwinner, and the other spouse either works part-time, or earns a lower wage, or doesn’t work outside of the home, and in those cases it can be more difficult to think of separating because of the financial reality of such an endeavour.  Having dual-incomes in a home can provide a sense of freedom to be able to make these decisions to separate and “be ok”.

Third, we know that as the years and decades progress, life expectancy continues to extend longer and longer, and I suspect that despite people aging, they still believe that there’s lots of years ahead of them still, and that if they are unhappy in their relationship there can still be happiness beyond.

What are some of the things to consider when going through a grey divorce that’s different from divorcing in younger years?

When people divorce before their 50’s, there are very different considerations, usually focusing on how to raise their children in two homes, how to cooperate for the sake of the children, and how to divide their property so that they can start over and build up their net worth once again

When couples separate later in life, after the age of 50, often the priorities change – maybe the children are already out of the house, maybe even done post-secondary education, and couples are more thinking about retirement than building their career.

Here’s a few things to consider, which is by no means an exhaustive list:

Can you describe some of the things that parents should consider when they’re divorcing and have adult children?

For these couples, often their children are over the age of 18, and may be on their own or on their way to being on their own.

There’s lots of parents who say that they want to wait until their kids have left home, after the age of 18, before they separate.  Here’s another perspective – when all kids have known is a one-household family, and then subsequent to their departure they see their parents moving into two homes because of a separation or divorce, kids often feel a great sense of loss, and have a hard time figuring out where their home-base is.  All that they have known – which is a one-household family – is now gone, and their parents have now separated and possibly moved into new residences.  This familiarity is ripped from them.

What’s important here is to ensure that there’s open dialogue with adult children of divorce, by which I mean children over the age of 18, so that they feel supported despite the divorce.  Many parents think that by waiting until the children are out of the home it will affect them less – it’s not true, it still affects them deeply, it’s just in a different way because they don’t necessarily have to be raised between two homes.

I often have parents whose children are over the age of 18 say that because their children are adults there’s no issues to deal with on the parenting side – I beg to differ, as it’s important at the very least to have a conversation about how to best support the adult children going through their emotions about their parents separating later in life. 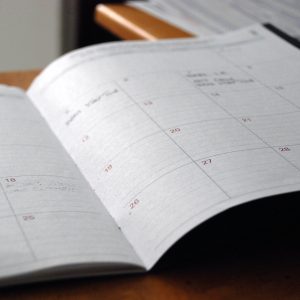 How to Create a Holiday Parenting Schedule After Separation or Divorce