Safety Exit
You are here: Home / Blog / How Do Spouses Divide their Property on Separation or Divorce?

The division of assets and debts for couples separating or divorcing can be overwhelming.  Exchange of documents, valuing assets, protracted negotiations.  This article will help Alberta and Saskatchewan couples understand the basics of how property division works in each province.  Of course, it’s a very complex topic, but let’s give it a try to go through the principles.

What are the basics of division of assets and debts?

In Alberta and Saskatchewan, subject to certain exemptions, Family Property is the property that is owned by either spouse or by the spouses jointly at the conclusion of their relationship.  Family Property will typically be divided 50/50 between spouses.

There are generally 5 steps to complete the division of assets and debts:

Given that the principle is 50/50 division of property between spouses, we can do one of a few options – for instance, one person can pay a settlement payment in cash to the other or one spouse can transfer property to the other in order to equalize the columns.

What types of assets and debts are “Family Property”?

It would be impossible to come up with a comprehensive list, but here are some examples:

These are just a sample of the items that would need to be listed on your net worth statement.  The documentation to prove the value of these items needs to be shared with your former spouse.

Does province of residence matter? Alberta vs Saskatchewan?

Property division in Canada is regulated by the provinces, so although generally-speaking Alberta and Saskatchewan have a 50/50 split of family property on separation, the specifics of what is divided, what’s exempt, and how the regime works is different in each province.

Are there things that are not included in division of assets and debts?

Yes – these are called “exemptions” – these are things that are not divided between spouses when they are separating.  In other words, one spouse gets to keep exempt assets for themselves.

Alberta and Saskatchewan each have different items that are listed within the “exempt” status.  Given our short time here, we can’t get into the specifics, but suffice it to say there’s a list for each province of items that are not shareable between spouses, or that are only partially shareable.

Does it matter – married vs unmarried?

Before January 1, 2020, it used to be that one of the huge differences between Alberta and Saskatchewan was how the law treated married versus unmarried cohabitating spouses.

Prior to January 1, 2020, there was no legislation that automatically entitled spouses to divide their property acquired during their relationship.  Such entitlement relied solely on judge-made law called “the law of unjust enrichment” – which is basically the principle that “it’s not fair” that one spouse would walk away with more of the family property, and so the spouse who wanted to share in the division of property had to sue the other spouse to apportion some property to them

Since January 1, 2020, the legislation in Alberta changed such that not only are legally married spouses entitled to divide their property on separation, so too are spouses who are living together and fall into the category of “adult interdependent partners” meaning basically that they’ve either lived together for 3 years, have a child together, or have contractually opt-in to this definition.

The law has for a long time been that people who are legally married as well as those who have lived together for at least 24 months are considered “spouses” under the legislation and can divide their family property between them.

The collaborative process worked wonderful for myself and my ex. We pretty well had things worked out with our daughter before meeting with our lawyers which really helped the process. Which our lawyers really admired. My ex and I have no hard feelings between us we just had a hard time starting to talk about the division of property and finances. Which is why I wanted to give the collaborative … END_OF_DOCUMENT_TOKEN_TO_BE_REPLACED 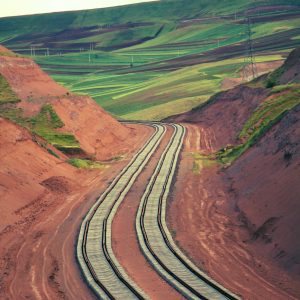