Safety Exit
You are here: Home / Blog / How Does Retroactive Child Support Work?

Retroactive child support is a complicated topic, but I’ll try to keep it to the basics here to give a general overview.

What is retro-active child support?

Where there’s been a material change of income level to the parent who pays child support, then the law says that the paying parent needs to change their child support payment to match the income level.

As you can imagine, this type of calculation can really add up, especially if the underpayment has continued for many months or years, and if the monthly deficiency is significant.

How far back can a person go if they were to claim retro-active child support?

There’s a couple of things to consider regarding the date of retro-activity, or how far back you can go. There’s the general rule, and then the exceptions.

First, let’s talk about the general rule.  There’s a presumptive date that has been established by the Supreme Court of Canada which is that typically one would go back to the “date of effective notice”, and no longer than 3 years prior to the date of formal notice by commencing proceedings.

What is effective notice and how does one give it? – well, that’s really any indication given by the recipient parent that they want to re-visit or re-negotiate child support.  To prove such notice, it’s best that it be in writing like an email or a text message.  It doesn’t have to be anything complex.

In the context of a paying parent seeking to decrease support, effective notice would need to include proof of the income reduction, not just a note saying that income had been reduced.

Second, the exceptions – since 2006 there’s been courts at all levels all across Canada, culminating in two recent Supreme Court of Canada cases in 2020 and 2021 – who have addressed the occasions where there needs to be exceptions to this general rule, and to go back even further, possibly all the way to the date that the paying parent’s income actually increased.

There are factors that a court would look at to determine how far back to go:

Simply put, the court is not very tolerant of delays in adjustments to child support, and will look at all the factors to ensure that the child’s right to support is commensurate with both parents’ income levels.

The effect of a retro-active support award seems as though it could be significant – what strategies can be implemented to avoid retro-active child support issues?

You’re right – they can be significant, both for a paying parent who may be facing a large lump-sum payable, and for a recipient who has struggled for years and had to fight to be paid the child support that is owing to them by law.

Over the years since the DBS case was released, there have been more and more positive obligations placed on parents to exchange income information at minimum once a year, or more often if there’s been a material change to one’s income level.  In fact, in child support orders there’s mandatory clauses which state the obligation to disclose to one another, and the date by which such disclosure will occur.

There’s also the ability through the courts to demand the paying parent’s income documentation be disclosed if they refuse to do so.

I always recommend to my clients that they absolutely exchange their income documentation as required.  If a paying parent doesn’t disclose, and their income increased, that may trigger a retro-active support application.  The courts have made it very clear that they are not very tolerant of under-payment of child support.

Very simply, if there’s been a change to income level, then child support needs to be updated. Period.

Stephanie and her team did amazing work for me. I highly recommend her and have referred a number of people her way. They are compassionate and understanding; I have the utmost in trust in them. Stephanie and her compassionate and understanding team can be highly trusted. Her help was critical for me and she walked me through each process giving me options and best advice anyone could ask … END_OF_DOCUMENT_TOKEN_TO_BE_REPLACED 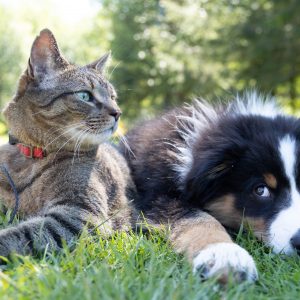 How Do We Resolve Our Pet Disputes during Separation or Divorce?