The new Divorce Act came into effect March 1, 2021.  It has made sweeping changes to the divorce legislation in Canada.  In this 3-part series, we will go through some of the main changes from the old system to the new one.

What will each part cover?

I’ve broken this topic down into 3 articles – because this legislation makes such significant changes to the way that divorce is handled legislatively in our Country – I wanted to take the time to not only go through some of the changes, but to address how it will impact families.

Reminder: the Divorce Act is complex, with loads of definitions, and we cannot cover every nuance here – mostly we will be talking about how this impacts the parents who are “married spouses” and would therefore be using this new Divorce Act for their divorce issues.  Unmarried parents don’t fall under this legislation.

Let’s first talk about this new terminology that you describe is in the Divorce Act.

The language in the Act is significantly updated to be more child-centred, and parent-focused – and less entitlement / rights focused.

The words “custody and access” are now gone from the legislation.

Two little words that were so powerful, and the subject of so much conflict for parents for so many years.  They’re now gone – not a moment too soon! Now there’s simply “decision-making responsibilities” and “parenting time”

Lawyers, mediators, and many judges have been moving away from these words like custody and access more and more, but this new legislation actually does away with those words once and for all!

The word “custody” in the old Divorce Act in part referred to major decision-making responsibilities and who was entitled to participate in these decisions about children.

It’s long since been seen as a word which has a connotation of ownership over something, or even associated with being in detention in the police context.  It also has a sense of being a winner of something, which by default means that the other person has “lost” something or is the loser.

The new Act gives this more plain-language and speaks to relationships – it’s about allocating responsibilities for how decisions will be made about the children.  Who will participate in what types of decisions for the children.

There’s clarity in the new Act to distinguish between major decisions vs day-to-day decisions.

What’s the importance of the term “parenting time”

We used to use the words primary parent (although this wasn’t ever in the legislation), or shared custody for 50/50 parenting, split “custody” for kids being split between 2 homes, or “access” as the word for what the “non-primary” parent gets.  All very entitlement vs non-entitlement focused.

The new language is really calling a spade a spade – it’s about parenting children not having “custody” of them or “access” to them.

Parenting time is what creates a schedule between the parties, and the term for the court order is a Parenting Order.

The Act clarifies that it’s not just the time you’re with a child, but can be when they’re away from you but you’re responsible for them.  Like when they’re in school or daycare.

Interesting that the legislators, after much discussion and debate, did not add in any presumption of equal parenting – in the old Act there was the “maximum contact principle” which did not equate to a presumption of equal parenting, but was confusing in its language.  In the new Act, the “maximum contact principle” was replaced with the “principle that a child should have as much time with each spouse as is consistent with the best interests of the child”.  We’ll be talking about that in Part II – what does the “best interests of the children” mean? That language permeates the Act and is the basis for many of the concepts.

My hope is that this language is the starting point of parents, legal advisers, and courts all being on the same page about the emphasis on relationships and bridge building.  When we get into the best interests of the children in Part II, that’s when the real impact of the legislation’s focus on relationships will come to the surface. This was just the beginning. 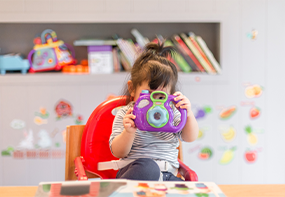 How can I help my kids get through our divorce happy and healthy?