Safety Exit
You are here: Home / Blog / What is my Obligation to Support My Child Who is Over the Age of 18?

A parent is required to support their child as long as they are a “child” under the appropriate legislation.  To determine if a child is still a “child” for child support purposes, look at both age and dependency.  For age – the cut off is the child being under the age of majority in the province where the child resides (18 in SK and AB).

Under the Divorce Act (for married/divorced parents) and the Family Maintenance Act (for unmarried parents in SK), for dependency, the child could either be over or under the age of majority, but be unable to withdraw from their parent’s charge or obtain the necessaries of life because of illness, disability or “other cause” (e.g. post-secondary enrolment).  A specific cut-off age for support is not defined.

Under the Family Law Act (for unmarried parents in AB), dependency is defined as a child who is between ages 18 and 22 and is unable to withdraw from their parent’s charge because they are a full-time student.

As for monthly support payments, first have a look at the amount you would be required to pay under the appropriate “table” (as if the child were under the age of majority).  If that amount is inappropriate, another amount can be determined having regard to the condition, needs and means of the child, and the financial ability of each parent to contribute to the support of the child.  Is the child eligible for scholarships?  Do they have an RESP account?  Is the child living with one parent?

As for tuition fees and other costs of school, medical expenses (for illness or disability), those amounts may be shareable between the parents under the heading of Special Expenses.

The collaborative process worked wonderful for myself and my ex. We pretty well had things worked out with our daughter before meeting with our lawyers which really helped the process. Which our lawyers really admired. My ex and I have no hard feelings between us we just had a hard time starting to talk about the division of property and finances. Which is why I wanted to give the collaborative … END_OF_DOCUMENT_TOKEN_TO_BE_REPLACED 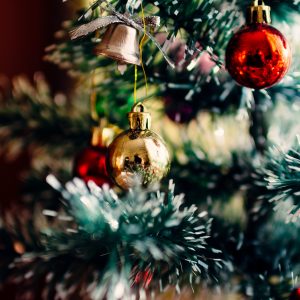