Safety Exit
You are here: Home / Blog / Child Support / “Retroactive Support” – Will you be a victim?

The hottest topic in family law these days is the issue of retroactive child support – also called “back pay”.  When a parent is required to pay child support, that parent has a duty to tell the other parent when his or her income changes.  As you may have experienced, this doesn’t always happen.

The Supreme Court of Canada has recently validated what has long been the practice in Alberta of awarding retroactive child support.  In short, the Court has stated that if the paying parent does not disclose a change in income, then a court may make an award to cover the amounts which should have been paid all along.  For example, if the paying parent had been paying $400 per month for the past 5 years under a court order or an agreement, but due to an increase in income a year ago, that parent should have been paying $700 per month, then the difference of $300 multiplied by 12 months will be awarded to the recipient parent.  There have been some significant retroactive awards made, including some upwards of $100,000.  What can you do to avoid this pitfall as a paying parent?  Disclose any income changes to the recipient parent and vary your child support payments accordingly.  Keep track of what you are paying to the other parent!

What can you do to ensure you don’t lose this right to a retroactive award as a recipient parent?  Once you discover the change in income, the onus to apply for an increase in child support falls onto your shoulders.  You must do so within a reasonable amount of time.  You may be limited in how far back the retroactive award will go based on when the topic was first broached with the paying parent.

The collaborative process worked wonderful for myself and my ex. We pretty well had things worked out with our daughter before meeting with our lawyers which really helped the process. Which our lawyers really admired. My ex and I have no hard feelings between us we just had a hard time starting to talk about the division of property and finances. Which is why I wanted to give the collaborative … END_OF_DOCUMENT_TOKEN_TO_BE_REPLACED 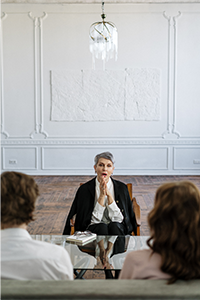 The Importance of an Initial Consultation