Safety Exit
You are here: Home / Blog / What is an Interspousal Agreement?

People often ask what is meant by an Interspousal Agreement, and why one would be necessary after a separation or whether one should be signed during a relationship? It’s not something that is legally required, but it’s recommended in many circumstances whether separating or continuing to live together.  Continue reading to find out more.

What is an Interspousal Agreement? Is it the same as a Separation Agreement?

An Interspousal Agreement is quite simply an agreement between two spouses – it may be in the context of two people at various stages of a relationship – it’s not limited to separating spouses.

In its simplest form, think of the term Interspousal Agreement as a catch-all phrase for an agreement between spouses on a variety of topics.

Why would spouses who plan to stay together want to have an Interspousal Agreement drafted?

At the start of a relationship or during our relationship, couples tend to have the best of intentions towards one another in an attempt to preserve the relationship.

Often spouses will promise things to one another in relation to what would occur in the event of a separation – for example, things they would each agree to waive or things that would be limited, or assets they would plan to not request be divided.

Quite often when a separation occurs, those promises which often were only ever verbally exchanged tend to be forgotten or pushed to the side, or even may be discovered to be legally unenforceable.

Written Interspousal Agreements made during a relationship are important in order to crystallize in writing the agreements that each spouse plans to uphold in the event of a separation, and to verify that the agreements are enforceable at law.

What kind of topics would go into an Interspousal Agreement for couples who are not separating?

There’s no set topics which must go into an Interspousal Agreement, however there are some typical topics which couples will often want to cover.

First topic – division of assets and debts. Many couples come into a relationship with pre-existing assets that they want to preserve. An Interspousal Agreement can specify how assets or debts would be divided or alternatively will not be divided in the event of a separation.

There are many laws relating to property division specific to each province which sets out how assets and debts are to be divided in the event of a separation. If couples want to have their assets and debts divided in a different manner than that which is set out in the legislation, then an Interspousal Agreement while the relationship is ongoing can be critical to ensure that the couple’s wishes and intentions are carried out.

Fourth – death. Couples may want to specify what happens in the event of the death of either or both of them. Most certainly they can make provisions in their Will, but given that a Will can be created and signed by only one person, it is important to set out in an Interspousal Agreement, which is signed by both parties, as to what the mutual expectations are relating to providing for one another on death.

Are couples able to write up their own Interspousal Agreement? Or does a lawyer or other divorce professional need to be involved?

I’m going to be very cautious on this one by saying that the best practice would be to have a lawyer draft the terms of the Interspousal Agreement for you.

The reason I say this is not to give lawyers business, rather it’s because the legislation relating to these Agreements requires certain terms to be contained in the agreement, and have very specific signature requirements to be legally enforceable.

For example, in the event that the Interspousal Agreement deals with the division of property, the legislation in both Alberta and Saskatchewan states that a lawyer must sign off on the Agreement for it to be binding.

This requirement doesn’t prevent couples from negotiating the terms of their Agreement on their own, but the actual formalization of the agreement I would highly recommend leaving to a lawyer to ensure that everything is completed in a legally-binding way.

Having someone with you to back you up, and to help explain things, really made a big difference for me personally. I’m the type of person to give in, or give up things, very easily to keep the peace, so having that support during the Collaborative Process was great. The four of you sit down and hash things out together making the process easier, fair, and, I believe, much quicker. We were able to … END_OF_DOCUMENT_TOKEN_TO_BE_REPLACED 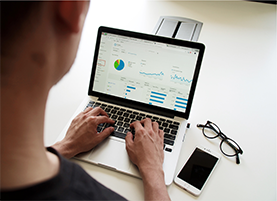 News Flash: Finances are a Top Concern for Divorcing Couples